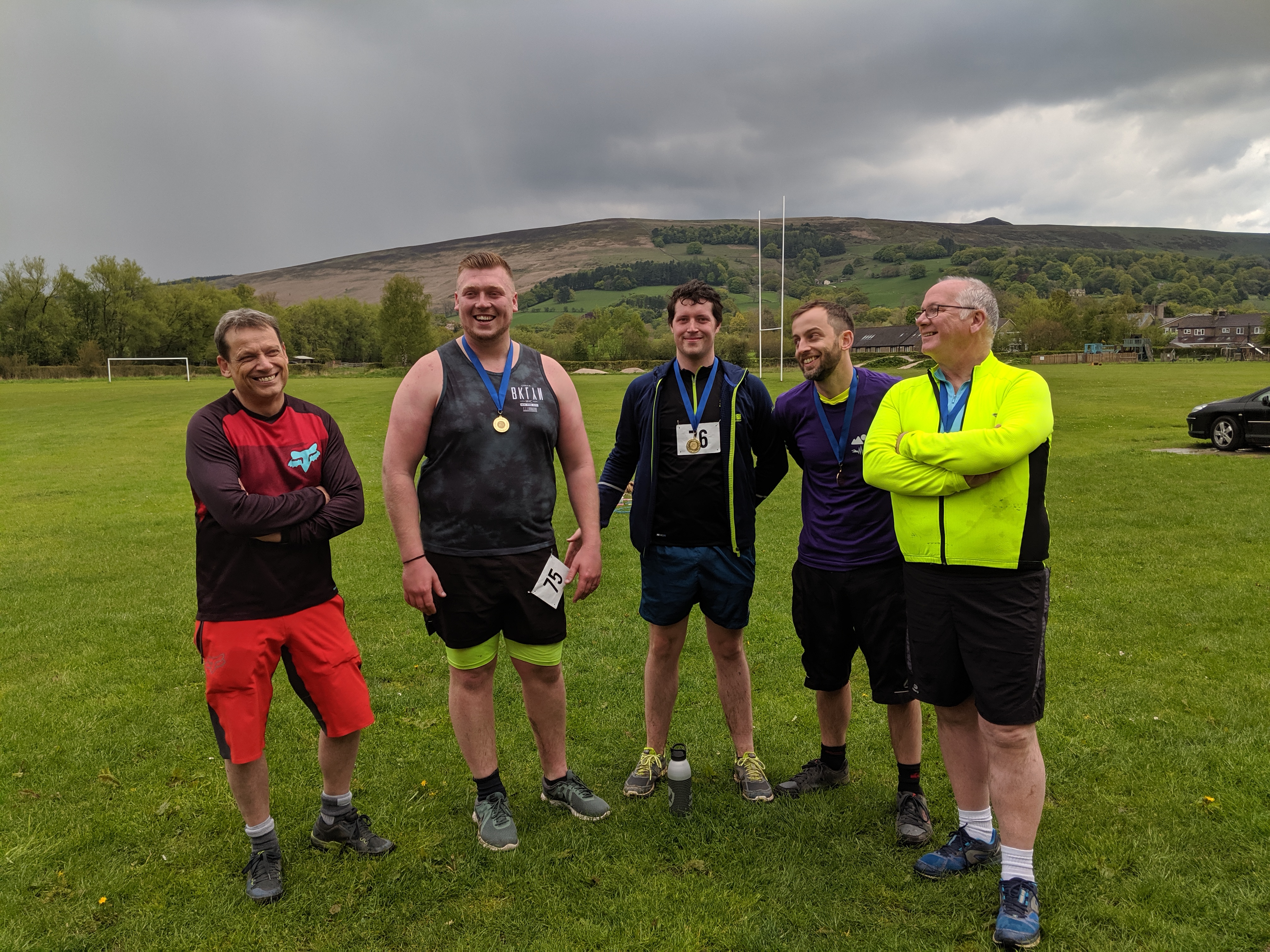 Team Undertrained & Overconfident beat 30 other competing teams to be crowned Champion Fundraisers, bringing in a total of £1,346 (including Gift Aid) for their efforts in swimming, cycling and running.

Sponsorship funds are still coming in and they can be added to here: https://uk.virginmoneygiving.com/Team/UndertrainedandOverconfident1

Undertrained & Overconfident belied their moniker by recording superb times in the pool, across the hills and on the road.  Andy ‘Marine Boy’ Green recorded a formidable time in 24 lengths of challenging pool conditions, despite what Green reported as ‘slow water’ and a surprising hill in the deep end.

In the peloton, Mick ‘Lead From Quite Near The Front’ Pinder remained ahead of the pack right up to the point when everyone passed him.  A steward’s inquiry is underway into a suspected act of sabotage on Andy ‘I’ll See You at The Top’ Evans’s bike, though that did not prevent him from later recording a PB (pub best).

The unexpectedly up and down terrain of the Peak District running route took even the most race-hardened contenders by surprise.  Despite running in obvious agony, the stoic Jake ‘Suffering In Silence’ Martin pushed on past itinerant farmers and over-curious sheep.

It was up to Matt ‘Dignified To The End’ Oxley to complete the quintet’s magnificent efforts in style, while also managing to remain on the correct route.

The triathlon was held on 11 May and is an annual fundraising event for Sheffield-based charity Endeavour Training which works with disadvantaged young people, aged 13-25, offering programmes of personal development, education and social action.

Mick Pinder is rightly proud of his team’s efforts:  “We set out to explore the very limits of our physical capabilities and to raise much-needed funds for Endeavour, a superb local charity.  We definitely hit that second goal and I was humbled to receive the prestigious, if miniscule, ‘champion fundraisers’ cup.

“The fact that the warm down session in a nearby pub lasted far longer than the actual triathlon was a little perturbing, but that’s something we have to work on with our team of advisors and sports psychologists in time for the next challenge.”