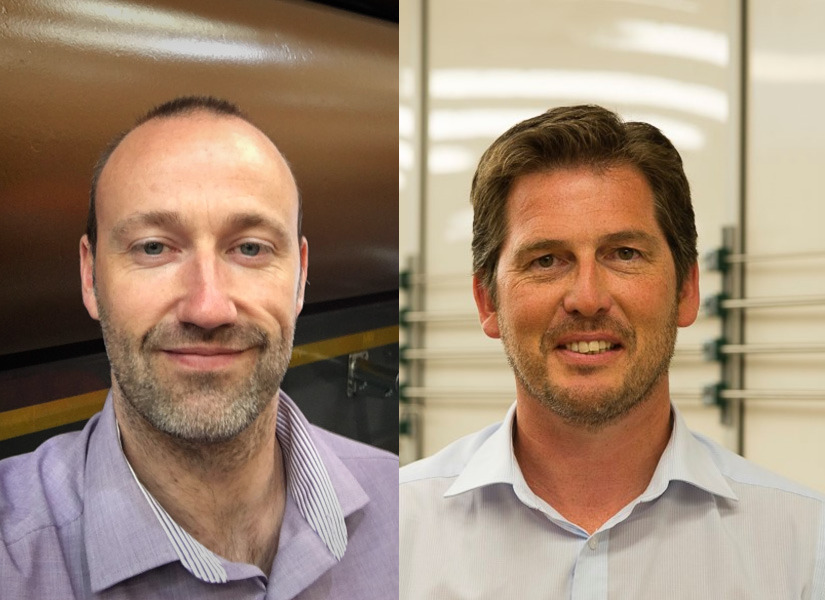 Two of Chesterfield Special Cylinders’ staff have been short-listed for the prestigious British Ex-Forces In Business Awards, selected from more than 400 nominations because they demonstrate outstanding business achievements thanks to transferable skills gained in the military.

In the Team Leader of the Year category, Stephen Butler, (on the right of the picture) director of Integrity Management, has been recognised for translating the skills he learnt during his time as Repair Team Commander in the REME, responsible for the upkeep of Rapier Air Defence equipment.

He now manages a pioneering team responsible for safety-critical gas storage systems around the globe.  Deploying globally in varied and hostile environments, the team embodies a military commitment to adhering to systems, procedures and protocol.

Business improvement manager, Craig Peckett, (on the left of the picture) has been short-listed in the Military Virtues in Business category.

Craig spent 16 years as an RAF engineer and was a Red Arrows squadron member.  He applies his military training to the workplace, focusing on teamwork and emphasising the importance of adaptability when priorities change.

This military approach has increased vastly the efficiency of machinery as well as improving each person’s skillset.