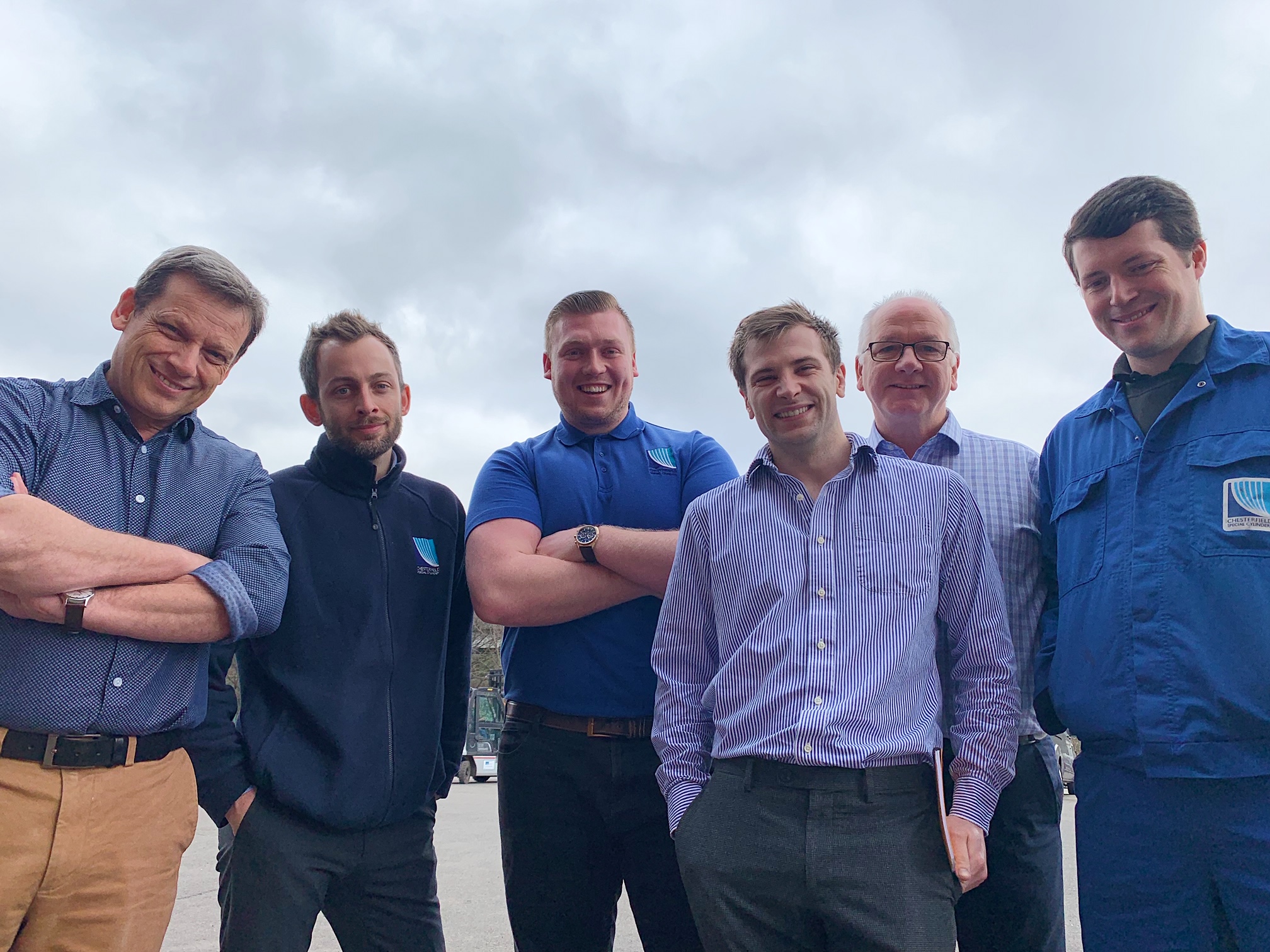 Training HQ, secret location, England. Chesterfield Special Cylinders’ crack team of elite and imperious athletes (plus Andy Evans) entering this year’s Endeavour Triathlon Challenge are fine-tuning their fitness levels in time for the arduous fundraising task ahead.  The strict training regime includes a low (or high) carb diet, some walking back and forth to the photocopier and a little light driving.

The triathlon will be held on 11 May and is an annual fundraising event for Sheffield-based charity Endeavour Training which works with disadvantaged young people, aged 13-25, offering programmes of personal development, education and social action.  The hand-picked CSC team has been dubbed Undertrained & Overconfident in recognition of the world-beating status of its core members.

Manager of Team Undertrained & Overconfident, Mick Pinder, says his preening posse are putting in gargantuan efforts to secure the much-coveted Endeavour trophy for the swimming, cycling and running event.  “We’re playing to a home crowd, in the Peak District, which is to our advantage.  But we’re taking each leg of the Challenge very much as it comes, starting with some splashing about –  if the water’s not too cold – and then pushing Andy’s bike up that big hill, followed by a hobble along some tracks.

“Each individual event will feature competitors hewn from the very gritstone rock of the Peaks.  On their day they’re a fearsome and awe-inspiring sight.  Every single member of the team is there on merit thanks to their prodigious talent.  And Andy Evans is good at organising the beers for after.

“We know it’ll be a game of three halves and we’re not taking anything for granted.  Apart from the much-anticipated cramp. And the tears.  There will be tears.  Oh, and the utter exhaustion.

“But we’re raising money for a great cause and will be confidently taking on all-comers, rising to the challenge, conquering the highest highs and chewing up the lowest lows in our way. Or something like that.

“There’s talk of knighthoods after this, you know, but we’re just a humble bunch of hard-working Apollos who’d just be happy with the gratitude of our legions of supporters.

“Anyway, when is it?  Months off?  Oh, good, we’ll be alright by then. Won’t we?” Team Undertrained & Overconfident will be unleashing the athletic prowess of Mick Pinder, Andy Green, Jake Martin, Ben Barrett and Matt Oxley. Andy Evans will also be there.

Anyone wishing to sponsor Team Undertrained & Overconfident for the 11 May Endeavour Challenge triathlon please go to https://uk.virginmoneygiving.com/Team/UndertrainedandOverconfident1 and give as much as you can.