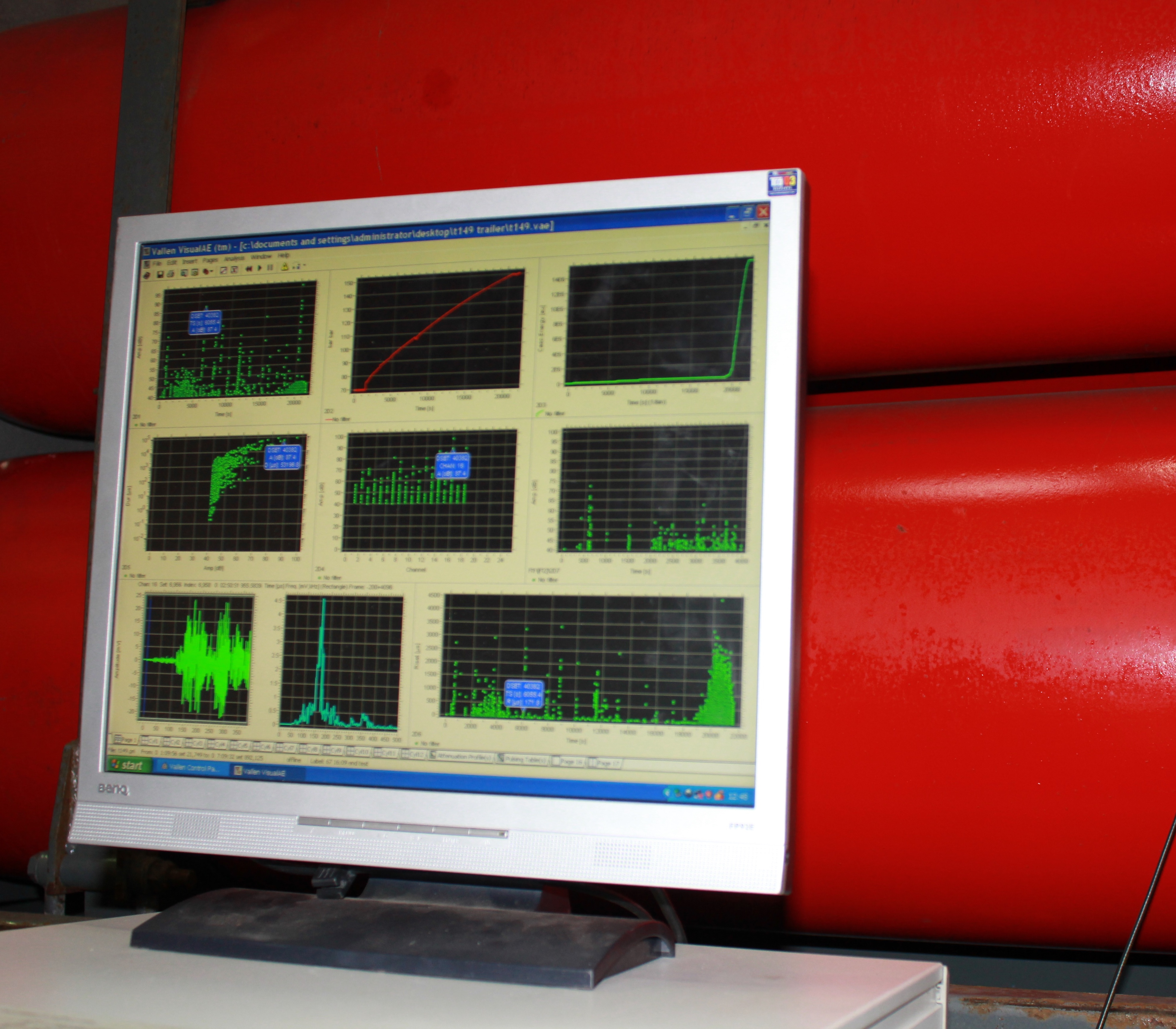 CSC has initiated a special acoustic emissions (AE) testing regime on a fleet of 80-year old high pressure tubes, including some originally used to feed Hydrogen into World War 2 barrage balloons and now servicing customer and filling sites across the UK

Chesterfield Special Cylinders (CSC) has initiated a special acoustic emissions (AE) testing regime on a fleet of 80-year old high pressure tubes, including some originally used to feed Hydrogen into World War 2 barrage balloons and now servicing customers and filling sites across the UK. The AE tests give precise details of any fatigue cracks which could then be rectified so the tube can be returned to service for at least another five years rather than scrapped, saving £thousands for each replacement tube.

The tubes, many manufactured in the 1930s, have undergone an AE test along with their regular ten-year hydro test.

The combined hydro/AE test regime forms part of the customer’s carefully-controlled replacement and life extension programme. Rather than scrapping its entire fleet of 1,000-plus tubes at huge cost, the customer can now manage the replacements over an extended period while utilising tubes it had previously planned to scrap.

CSC’s director of integrity management, Stephen Butler, says: “To replace the entire fleet could potentially cost the customer £millions, but by applying AE tests to each tube we are proving their useful life and enabling the end user to gain greater value from its tubes.

“The hydro test is a simple pass or fail process, but the AE test enables us to demonstrate the tube’s condition by highlighting any growing defects, which can be addressed.

“AE testing is ideal for new cylinders on their first periodic inspection and test, as it negates the need to introduce water into the tube, as well as for aged assets – as in this case – to deduce the amount of change in the material properties over the decades of use.

“In a trial on the first 18 tubes, the AE test showed that one tube was failing. Instead of scrapping the tube, the defect area was rectified and the tube was tested further, this time proving it could return to active use.

“The use of AE testing gives our customer great confidence that this fleet of vintage tubes is free of growing fatigue cracks and can be relied on for continued deployment.